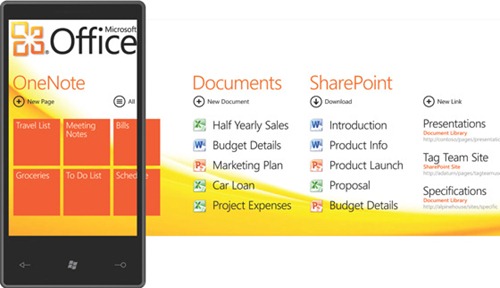 Well it seems like this is going to change soon, with Paul Thurrott on Windows Phone Secrets recently blogging about upcoming changes to the Office hub, which he said in the post:

A few things will be changing down the road. Microsoft agrees that SkyDrive integration is important and will be adding something akin to the current SharePoint support [on WP7’s Office hub]

Of course, for now, just treat these as rumours until we hear more concrete information. Remember that the current MyPhone service for Windows Mobile 6.x customers already offers documents sync with the cloud (but not SkyDrive), and Windows Phone Live already does OneNote sync. Given that Office Web Apps on SkyDrive is almost identical to the one offered on SharePoint 2010 for businesses, it shouldn’t be too difficult for Microsoft to bring Word, Excel and PowerPoint document sync to SkyDrive. Based on what Paul Thurrott had gathered, we know that SkyDrive support is definitely on the drawing board, the question is simply – when will this be coming?