Nobody chalked the sidewalks for the US Windows Phone 7 launch (or at least they didn’t get in trouble for it), and indeed my experience was similar to Leo Laporte’s when I visited my local AT&T store in Southcenter Mall this morning – not an overwhelming crowd to say the least, for me, or for Leo, who took this picture this morning (in Petaluma, CA): 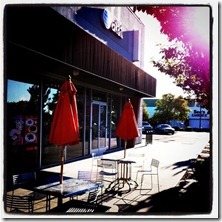 When I got inside however, it quickly became apparent that although there were only 3 other customers in the store, there might not be enough Windows Phones for everyone.  The 3 or 4 AT&T employees, after a number of trips to the back room, determined that at 10:45am, after being open for only 45 minutes, there were only 2 Samsung Focus phones left.  Luckily one of the guys in front of me wanted an HTC Surround, so after a bit of somewhat nervous waiting, I had my hands on the Windows Phone 7 I wanted, the Samsung Focus: 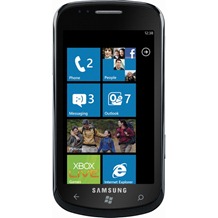 During my wait one potential Windows Phone 7 customer came in, this his third AT&T store of the morning.  In each store he was sent to the next one, told each time that the next store down the road had “5 phones” only to find that wasn’t true and what phones the stores did have were gone, poor guy.  In talking to the salesperson, although they had been promised more (and indeed my calls to the store over the weekend confirmed they were expecting bigger stocks), but only received 8 phones total at the time I left around 11:30.

Is there a problem with manufacturing or distribution with Windows Phones?  Are the OEMs hedging their bets on how many phones to produce, not wanting to get stuck with unsold stock?  Has Microsoft failed to manage the distribution of these phones?  All three or none of the above?  If you tried to purchase a Windows Phone today, we’d love to hear your experience, good or bad.

Oh and by the way, this is one beautiful phone!  Sleek, fast, simple to use and fun.  We’ll have more soon, of course, but today was all about just getting our hands on a Windows Phone, and we made it, whew!