Previously, when you want to share your documents on Docs.com, you can only share them with individual friends, and if you wanted to share with a group, you had to select the group members one-by-one. Facebook recently updated their Groups feature, which makes it very similar to Windows Live Groups, and allows users to share photos, videos, wall posts and others with a designated group of friends. Today’s update to Docs.com takes advantage of this new Facebook Groups feature and allows you to directly share your documents with your Groups. Here’s a screenshot of it in action: 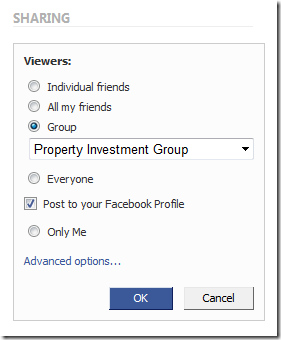 Docs.com is built on Office Web Apps, which also powers Windows Live Office, but integrates tightly with Facebook instead of the Windows Live network. It also enhances Office Web Apps with additional social networking features. In fact, it probably have a richer set of features than Office Web Apps on SkyDrive, such as support for PDF documents, due to it being more regularly updated by FUSE Labs. With rumours saying that the new Facebook E-mail (due to be announced November 15?) to feature Office Web Apps integration, we wonder how this will impact Windows Live?