Thanks to a tip from our friends at Wikikou.fr, we learn tonight that there’s been a QFE (Quick Fix Engineering – meaning a bug fix update, not UI changes) for almost all of Windows Live Essentials, updating most of the programs (only Windows Live Mesh and Windows Live Family Safety aren’t updated) from version 15.4.3502.0922 to 15.4.3508.1109. 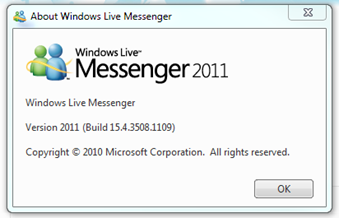 In order to update, you just need to rerun Windows Live Essentials from explore.live.com, and reboot.  Wikikou.fr noted a few changes:

We’re just installing it here, and our hard drive is churning as it re-indexes, apparently, but let us know if you notice any changes/bug fixes.