Microsoft’s Steve Ballmer announced during his CES 2011 keynote a new experience called Avatar Kinect for the Xbox 360. Besides recognising body gestures using the Kinect technology, with Avatar Kinect your Xbox 360 can recognise facial expressions as well – such as raising your eyebrows, smiling, or frowning. Here’s the official press statement:

Avatar Kinect will bring a player’s avatar to life in a whole new way, using facial recognition technology to let a person not only control their avatar’s movements but also their expressions; when they smile, frown, nod and speak, the avatar will do the same.

With Avatar Kinect, a player can invite up to seven friends to join them in one of 15 imaginative virtual environments to reflect their mood and inspire their conversations or performances. Arrive or leave sessions in style with unique animations like flying in with a jet pack, or snapping fingers to vanish. Players can also add cool animated and visual effects to creatively express their thoughts. 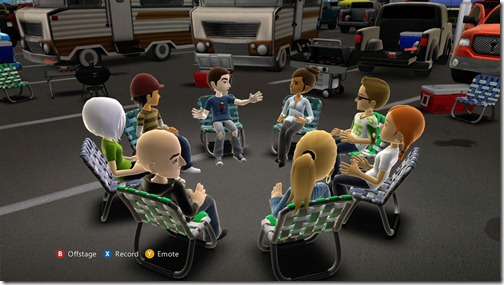 Players can discuss the latest entertainment or sports topics, or even perform on stage, and see their friends’ facial expressions in real time. With Avatar Kinect, players can record sessions with a producer’s editorial eye, following the user’s performance, zooming and panning, just like a real TV production, then share the videos online with their friends. 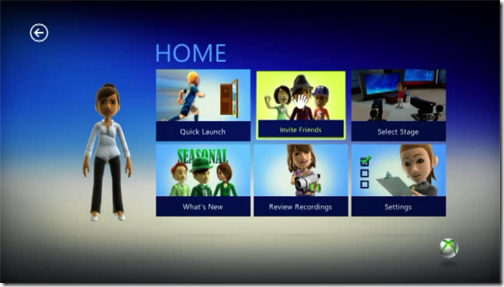 Take a look at the press video to see what Avatar Kinect looks like.