Bing vs. Google, some (final?) thoughts: What was Matt Cutts thinking?

All week we’ve been sorting through the many many blog posts, videos, and reports on the can of worms that Matt Cutts and the engineers at Google opened up last Monday when they went to Search Engine Land’s Danny Sullivan with “evidence” of Microsoft’s “cheating”.  We won’t recap the whole story here, check out our initial posts if you need to catch up on the story so far. 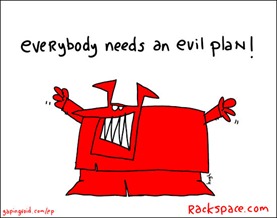 However there are a few main points to make now that the volleys have been fired and the dust is settling.  First, it’s pretty clear what Microsoft did (and didn’t do): they did not “copy” Google’s results, at least in the sense of “take a query, go see what Google says, and use that”.  Instead, using (some questionably transparent, granted) opt in information gathered by the Bing Toolbar and “Suggested Sites” in Internet Explorer, along with perhaps some other indicators, they followed user queries across the web, and took note of where those users went next, more like “take a query, see where the user goes, and weigh that in to our results”.

So now the question has to turn to “What was Google’s intention in calling Bing cheaters in the first place?”.  We think the most obvious answer is that these are engineers, they saw some behavior that they didn’t like or understand, they ran a few tests, and with results in hand they ran down the street to Danny Sullivan.  Maybe they were just protective of their hard work (especially around search results for misspelled words), and didn’t really stop to think this through.

But Kara Swisher at All Things Digital seems to think this came from higher up, that this is a first volley set off by new CEO Larry Page.  Others have noted that Google’s infatuation with Bing underlines how seriously it is taking the upstart search competitor.  The timing of the accusations was certainly suspect, coming on the day before a Bing sponsored search summit, but if Google expected the tech world to gasp and cry at the indignity of Bing’s actions, they didn’t.  If anything, Google came off looking somewhat foolish and desperate.  Was this a calculated act, a well designed PR stunt meant to take the heat off Google at Farsight 2011?  Or is it more an indication of the “chaos” that reigns within Google, a poorly thought through reaction by some Google engineers to some perceived wrongdoing by a competitor?

Danny Sullivan followed up his initial post, this time explaining why Google was wrong in its accusations.  But even though it’s pretty clear that Bing is not “copying Google”, that impression was made, at least to some.  What’s even more clear is that if we didn’t know it before, we now know that Google is taking Bing very, very seriously.