MIX 2011: Everything we know about the Windows Phone “Mango” update

So it’s been a day of great announcements at MIX 2011 today. If you’ve missed the Day 2 keynote this morning, it is now available on the MIX 2011 website, or you can also check out our liveblog for some live commentary this morning. For those who don’t want to watch the full two-hour keynote video, we’ve made a nice little summary of what’s coming next for the Windows Phone "Mango" update for you, together with bits and pieces of news from around the web on any extras we found out about the update that wasn’t announced as part of the keynote. Remember that this is a developer-focused conference, so the features announced today tend to be a bit more focused on APIs and development tools. However, as Joe Belfiore promised, there are more end user features yet to be announced. So here it is: 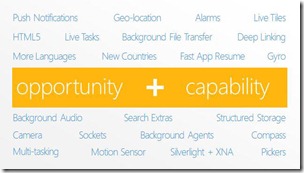 So in addition to third-party multi-tasking, Twitter integration in the People hub, better support for Office documents in SkyDrive which were announced back in Mobile World Congress, Microsoft announced the following new features coming for end users (in order of appearance in the keynote): 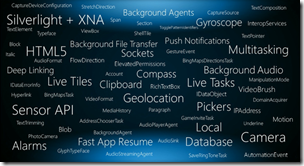 Joe Belfiore also announced that the Windows Phone Developer Tool Refresh will be coming in May for all developers. With the "Mango" update, developers will get the following support for developing on Windows Phones:

Brandon Watson also promised via a tweet that Microsoft are aiming to provide developers with early access to the "Mango" build. Looks like the update might not be too far away for some of you out there!

For more information, you can check out the official press releases here. The Windows Phone and Windows Phone Developer blogs has also been updated with today’s announcements. Finally, make sure you also check out the Channel 9 video which gives a nice overview and a short demo of these newly announced features. Tell us what you think in the comments below!