Screenshots of the next version of Microsoft Office – often referred to as “Office 15”, have begun to surface around the web. Today TheHotFix.net leaked a brand new screenshot showing Microsoft Outlook “15” with an overhaul of the Metro user interface: 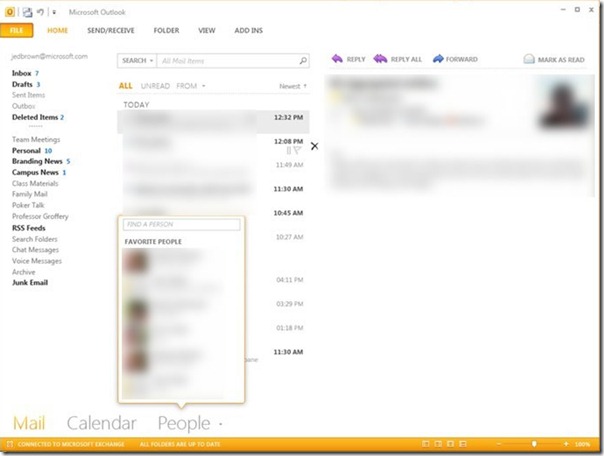 Those who love the Zune software’s user interface will definitely love to see the striking resemblance here in Outlook “15”. While the screenshot does not show how the "Ribbon" interface will blend in with this new "Metro" UI, this is definitely a great start in blending the beauty of the Metro UI with the efficiency of the Ribbon (or "Fluent") interface.