First up are some new features for Bing, including “Bing Vision” and “Bing Audio”: 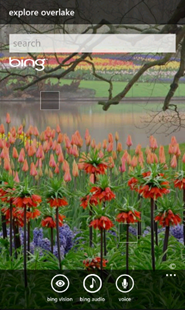 According to Paul Thurrott in the Windows Phone Secrets blog, he described Bing Audio as allowing you to “hold up the phone to a song and identify it”, similar to how Shazam works, and Bing Vision “will be a search service using the camera”.  (update) The podcast provides some more information as to how the services will work, give it a listen! 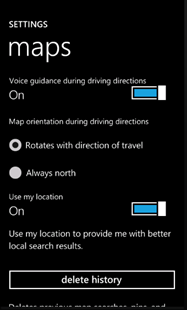 One feature that Thurrott will be sure to enjoy is the “on device podcast support”, and there’s news of SMS dictation, allowing you to “speak” an SMS message.

At Mix, Microsoft promised announcements about consumer features “coming soon”, as well as a new “Mango” SDK, including a new emulator and new tools, so this information (and hopefully a lot more) have been expected, but it’s good to hear the news start to filter out.

(update): Just to make clear, the WPDevPodcast guys were “given some images and information”, so while this all looks good, and is consistent with what we’re expecting, this all has to be treated as “rumor” at this point, or, as they say in the podcast “in this age of PhotoShop we always run the risk of these being doctored”.

You can listen to the podcast at WPDevPodcast.com