Microsoft to announce Skype deal: “What does it mean?” 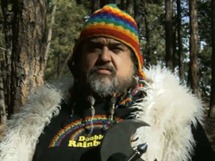 According to numerous sources, Microsoft is set to announce a $7 $8 8.5 billion dollar deal to acquire Skype, as soon as early Tuesday morning (apparently a press release is forthcoming at 5am PDT).  Even for a company that loses $2.5 billion a year on online consumer services, that’s a lot of money.  So why would Microsoft pay so much for a company that did nothing for eBay, and actually lost $7 million last year?  To be honest, we have no idea, but that doesn’t stop us from speculating, now does it?

Microsoft already runs two similar services to Skype: Windows Live Messenger and Lync (formerly Office Communicator).  While neither service is an exact match, it’s hard to imagine that Microsoft needs to spend this kind of serious cash to acquire technology in the live messaging space.  Now granted, there are some advantages to Skype’s peer-to-peer technology (no huge centralized server controls needed), but we can surely rule out a technology-only buy for such a high price.

Aside from the splash that the acquisition will (and already is) providing, the Skype name has to be of value, but again, not billions worth.  Skype has 63 million mostly loyal customers, their app is doing great on Android (and wouldn’t it be great to see Microsoft pull Skype off Android, like tomorrow?), and Microsoft stands to earn a few brand value points for pulling off this coup.  Those millions of customers haven’t really turned into positive cash flow, however, so this isn’t a headcount buy, at least not at first blush.

But if those 63 million loyal Skype users are also looking for smartphones in the next year or so, and if the place to get it is on Windows Phone, well then.

It’s also about time for Microsoft to win at something.  The Yahoo! deal kind of fizzled out, and even though Microsoft got the search deal it wanted all along, it did so at the expense of having looked somewhat the fool.  Google has been buying up companies right and left, as has Apple, and a little reminder that Microsoft is still a major player might just shake up the consumer press a bit.  Of course the last time they did that was with AQuantive, which (just like this time) they were seen as overpaying after having been goaded into a buy by Google.  That one kind of fizzled out, too.

So it just seems like there’s something missing in this puzzle.  Could a Skype buy be a precursor to a mobile operator end-around for Windows Phone?  What if, in a few years, you didn’t need a 2 year contract from those money grubbing mobile operators, and you could just buy a phone (from Microsoft?), and Skype all your calls via some next gen WiFi network?  Crazy talk, of course, but something’s got to give, and the power struggle between the mobile operators and the software/hardware makers is just heating up.

Or not, of course.  Those of us who watch Microsoft are cringing more than cheering today’s news.  It’s a lot of money to pay for Skype, for not a lot of immediate gain, and a lot of egg on the face if it doesn’t pay off.  Maybe this all boils down to Steve Ballmer’s increasing desperation to right a sinking ship.  As usual, it will be, if nothing else, fun to watch.