Steven Sinofsky to appear at All Things D’s D9 conference 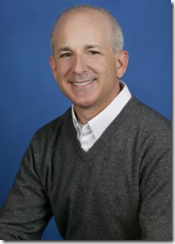 In a somewhat rare appearance outside of Microsoft environs, Steven Sinofsky has just been announced to appear at next week’s D9 conference, put on by the Wall Street Journal’s All Things D blog.

Sinofsky, President of Windows and Windows Live engineering, makes fairly frequent appearances at Microsoft conferences such as PDC, Mix, or the launch parties for Internet Explorer 9, but this is the first time in recent memory that he’s ventured outside the comfort of a Microsoft event.

D9 is set to take place May 31-June 2 in Rancho Palos Verdes, California, and there’s already an impressive lineup of guests:

Of course the focus now will be on what Sinofsky will talk about: specifically, will he show Windows 8?  Since a bit of a tease at last year’s PDC, and some early leaked builds, we haven’t heard much about Microsoft’s latest “big bet”, could D9 be the place where we’ll begin to hear more?