It’s been a big day today for Microsoft, being the first to kick off E3 2011 with their media briefing this morning. A lot of gaming news had been announced for Microsoft’s Xbox 360, Kinect, Xbox LIVE, and Windows Phone, and it’s almost too hard to catch them all. In case you’ve missed some of the news, below we’ll provide a summary recap of all the Xbox-related announcements made today: 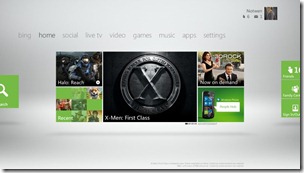 Simpler. Cleaner. Easier to navigate. With the addition of new entertainment content on Xbox LIVE and our commitment to continuously improving the overall Xbox experience, we’ve updated the dashboard with a new look and feel that makes it even more open, inviting and intuitive to navigate. All of your favorite content is categorized in a way that is easy to browse and find what you’re looking for, plus you can use voice anywhere in the dashboard to effortlessly navigate and get to what you want.

Microsoft also announced that Live TV will also be coming to Xbox 360 soon, as we have reported earlier. It seems like the deals might not have been signed yet, as Microsoft will be providing more details later in the coming months:

Over the past two years, Microsoft has joined with some of the world’s largest TV operators to bring live television to Xbox LIVE in the United Kingdom with Sky TV, in France with Canal+ and in Australia with FOXTEL. Now, Microsoft has announced its commitment to expand access to live television programming on Xbox 360 to more providers in the United States and around the world during the upcoming year. Consumers will enjoy news, sports and their favorite local channels, all just a voice command away, on Xbox 360.

In addition to on-demand videos from Hulu Plus, Netflix and Zune, Microsoft will also be adding YouTube integration on Xbox 360 in Fall 2011, bringing "web original" content to your TV. Just like the other services, YouTube will be fully supported by Kinect’s motion sensing and voice technologies.

Also, Microsoft will also be partnering with UFC to bring live pay-per-view matches to your Xbox 360 this Fall. Like Netflix, ESPN and Hulu Plus, this feature will be available for Xbox LIVE Gold Members only, and it will also bring classic fights, interviews and exclusive behind-the-scenes clips  in an all-new interactive way.

Bing on Xbox with Voice Search 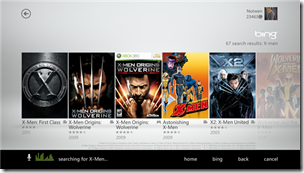 Bing will also be making it’s way to your TV screen via Xbox 360 and Kinect, but not only this, but it will also feature Voice Search just like on Windows Phone 7, powered by Microsoft’s Tellme technology. Simply say "Xbox, Bing, X-Men" and your Xbox will find the movie you want:

We are bringing Bing to Xbox. Bing on Xbox searches Netflix, Hulu Plus, ESPN, as well as our music, video and Xbox LIVE marketplaces to find exactly the entertainment you want to enjoy. With Bing on Xbox and Kinect, you can effortlessly find the games, movies, TV shows, sports and music you want by only using your voice. You say it, Xbox finds it. The experience is now simpler than ever before.

Unfortunately, like always, Bing on Xbox will initially only be available for users in the U.S., Canada, and the United Kingdom, with support for Australia, Canada (French), France, Germany, the Republic of Ireland, Italy, New Zealand and Spain coming by the end of this year.

Microsoft will be bringing Kinect voice recognition technology to eight additional markets (Australia, Canada (French), France, Germany, the Republic of Ireland, Italy, New Zealand and Spain) by the end of this year, making it a total of 13 markets that will have Kinect voice. Microsoft is also "exploring some innovative new ways to enable the LIVE community to help them accelerate the refinement of voice models in new markets". Perhaps this will also improve voice recognition in various non-English speaking countries too, both on the Xbox and the Windows Phone.

Xbox LIVE users will also have a new social feature called "Beacons" soon. According to the Xbox Community Blog: 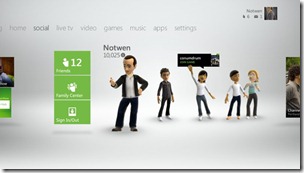 We want to make it easy for you to connect with friends over your favorite games on Xbox LIVE, so we are introducing Beacons to the service. Beacons are a way to tell your Xbox LIVE and Facebook friends that you want to play a game on Xbox LIVE. By setting a Beacon, you tell Xbox LIVE what you want to play. Then, Xbox LIVE lets you know when friends are playing or want to play the same game. With Beacons, no matter what you’re currently doing on Xbox LIVE your friends know that it’s ok to ask you to play your Beaconed games. Imagine sending out a Beacon to let your friends know you’re interested in playing Halo, while watching a movie on Netflix. It’s about making it easier for you to share and discover games and multiplayer opportunities with friends on Xbox LIVE.

This is a big one. Finally, your Xbox LIVE experience is truly…"Live". Microsoft will be providing cloud storage for all your Xbox LIVE game saves and profile information, so you can retrieve them no matter where you are. Perhaps we might see this on the Windows Phone "Mango" too?

Here at Xbox LIVE we listen to your feedback. We are making it easier for you to sign into your Xbox LIVE account from any console at any time to access your game saves and full profile, including items such as Microsoft Points to make purchases, Achievements and friends. Cloud storage will allow you to enjoy the same great Xbox LIVE gaming experience even when you’re not in your own living room by giving you the option to store your "game saves" securely in the Xbox LIVE cloud instead of on a portable memory unit or your console’s hard drive. Gone are the days of "gamertag recovery." Now all you need to do is sign in, no matter where you are! 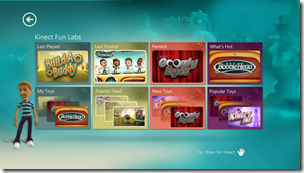 Kinect Fun Labs is a new feature will shows off the capability of Kinect’s motion camera technology. Starting today, Kinect Fun Labs will launch with four Gadgets: Kinect Me, Bobble Head, Build A Buddy and Kinect Googly Eyes. More Gadgets will also be coming in July, including Avatar Kinect and Kinect Sparkler.

A huge line-up of Xbox 360 and Kinect games

Microsoft once again revealed a list of blockbuster games coming to the Xbox 360, including the long-awaited Halo 4. Some of these games have been enhanced with Kinect support like "Forza Motorsport 4" and "Mass Effect 3", while others are Kinect-only such as "Dance Central 2", "Kinect Star Wars" and "Kinect Sports: Season Two". Below is a list of upcoming Xbox 360 games announced by both Microsoft and EA Games:

Coming later this year in Mango is more native support of Xbox LIVE features in the Games Hub like: 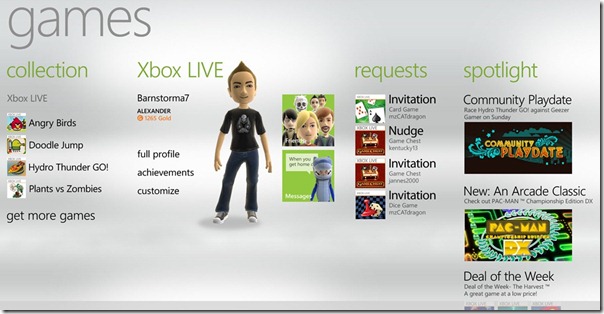 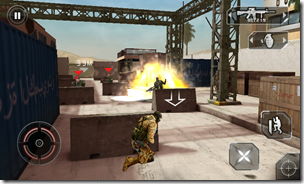 If you’ve missed out the Xbox @ E3 media briefing this morning, be sure to check it out at Microsoft News Center.