Xbox LIVE to be the entertainment service for Windows 8, says Microsoft 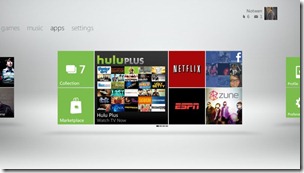 If you thought the news for Xbox LIVE at E3 earlier this week wasn’t enough, then you’ll probably be excited to hear that Microsoft’s entertainment strategy doesn’t stop with the Xbox 360 or the Windows Phone. Seattle Times managed to get an interview with Mike Delman, Vice President of Global Marketing at Interactive Entertainment Business, at their E3 booth discussing the future of Xbox LIVE and the direction Microsoft is heading towards with their entertainment services. Here’s an excerpt of the interview:

[Xbox LIVE] has been successful on the Windows Phone. LIVE will be built into the PC. It will be the service where you get your entertainment. We were talking about it — you will not just see consoles and handhelds at [E3] next year, this show’s going to morph into other devices.

We think there’s a lot of potential on the Windows Phones. With the Nokia relationship, we’re going to have a lot more distribution of phones and LIVE will be the primary entertainment service. I think that’s going to be a good play for us.

When specifically asked about how Microsoft’s entertainment contents and services will be part of Windows 8, here’s Mike’s response:

There will be a lot of similarities in design and service philosophy. Whether it’s us or Apple or anybody else, people want to be able to navigate through multiple devices in a certain ecosystem very seamlessly so we’re committed to that.

Xbox LIVE will the pervasive media service across devices.

Mike also mentioned in the interview that unifying various Microsoft cloud assets for media, such as Xbox LIVE, SkyDrive, and others (i.e. Zune??) "will be good for us and good for consumers." While Zune wasn’t specifically mentioned in the interview, it’s pretty clear that Microsoft’s long-term strategy with bringing media and entertainment to devices across the "three screens" will be via Xbox LIVE.

In fact, we can see Microsoft’s investment into the "three screens and a cloud" strategy quite heavily in the news recently. Paul Thurrott had been praising Microsoft’s cohesive strategy of bringing the Metro UI user experience to all three screens – the Windows Phone, the Windows 8 PC, and the Xbox Dashboard. Tom Warren also recently revealed that Silverlight will be used as the application development platform across all three screens. Silverlight is currently used for app development for the Windows Phone 7, and there had been rumours of Microsoft bringing Silverlight to the Xbox. Microsoft is also known to be readying a new application model for Windows 8 codenamed "Jupiter", which will allow developers to create Silverlight-based apps and deploy them as .AppX packages via the Windows Store. Perhaps we might hear more about this at the upcoming BUILD conference in September? It’s definitely exciting times ahead!