So after the Acer W4 and the Nokia Sea Ray, details about another device lined up for Windows Phone "Mango" release later this is has been leaked – the HTC Eternity. German website HTCInside leaked the details and images of the new device earlier today, claiming that this device will come with Windows Phone "Mango" installed, due to be available later this year. Here’s the leaked specs for the HTC Eternity:

Of specific note is that the phone will feature a front-facing camera, a feature that has been long rumoured to be coming with Windows Phone "Mango". In fact, the Windows Phone Emulator in the recently released Windows Phone SDK 7.1 Beta 2 also revealed a new front/back camera switch button, as shown below (thanks to Nanapho.jp for the image): 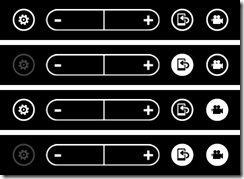 The Nokia Sea Ray is also rumored to have a front-facing camera on the lower-right corner of the phone, similar to the Nokia N9:

So while we’re busy getting our hands on with the new Mango beta software, information are now surfacing about the new wave of Windows Phone hardware coming this fall. The HTC Eternity’s specs definitely beats any of the Windows Phones out there in the market now, but will this be enough to beat Nokia? And what about the other manufacturers like Samsung, LG, Dell, and perhaps Fujitsu and ZTE? It’ll be interesting to see what’s coming on the hardware side.