They’ve added in-app sharing via email and enhanced the saving of images to the device’s camera roll with the ability to crop. Sharing with Bing Maps has also been simplified, you can now share at the same time as sharing to Facebook. 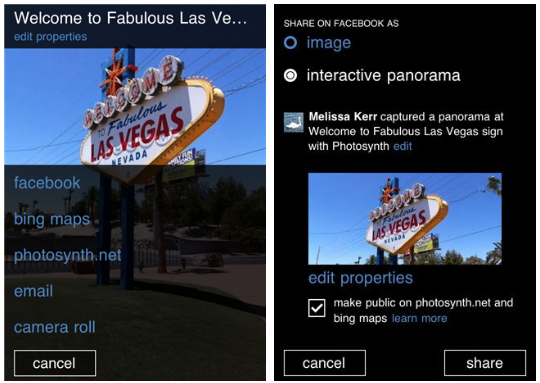 There’s also a “Best of Bing Maps” feature inside the app showing off the very best of those panoramas. Don’t forget to check that one out, as you will find details of an official contest in there!