Details of new Windows Phone “Mango” devices keeps coming out. We first had information about the new Fujitsu Windows Phone yesterday, and today images of potential ZTE Windows Phone devices have been revealed.

Dr. Luo Zhong Sheng, General Manager of Mobile Communications at ZTE, posted on his own Weibo account (Chinese version of Twitter) a photo of ZTE’s upcoming Windows Phone device (left). This device is seemingly different from the ZTE Windows Phone device shown off during Microsoft’s Worldwide Partner Conference 2011 last week (right). Check them out below: 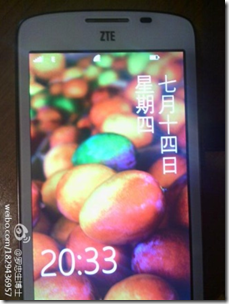 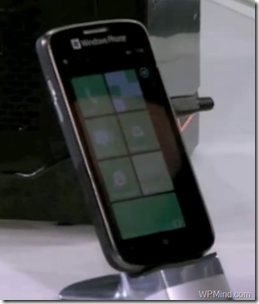 Chinese blog WPMind.com mentioned that ZTE will be producing more than one Windows Phone "Mango” devices coming later this fall. No further details were given, however Dr. Luo Zhong Sheng did indicate on his Weibo microblog that ZTE will have a series of amazing devices down the road aimed at the worldwide audiences. In fact, while ZTE produces both Android and Windows Phone devices, Luo believes that Windows Phone’s market share will outperform Android’s.

What do you think about the new ZTE Windows Phone devices?

Note: Contrary to reports from various blogs around the internet, there are no sources indicating that Weibo, the Chinese version of Twitter, will be integrated into Windows Phone. In fact, the images of Weibo running on the ZTE Windows Phone is just an app that is currently available on the Windows Phone marketplace. You can download the app now by clicking here (opens Zune).