As we reported yesterday, Microsoft together with au by KDDI and Toshiba-Fujitsu announced the world’s first Windows Phone 7.5 device in Japan today – the Toshiba-Fujitsu IS12T. Check out the image below for a render of the new device in three color variants – citrus, magenta, and black: 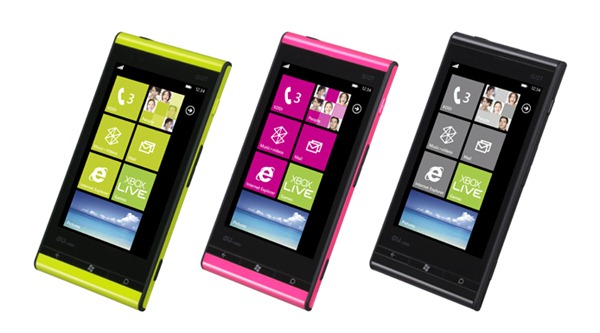 According to the official Microsoft Japan website, below are the full specifications of the new device:

Of particular note is its 13.2 megapixels camera, and it being the first water-resistant and dust-proof Windows Phone on the market. Not only this, but the Toshiba-Fujitsu IS12T is also the lightest Windows Phone device, weighing at a mere 113g (currently the lightest Windows Phone, Samsung Focus, weighs about 119g). While the phone doesn’t have an expandable micro-SD card slot, its internal 32GB memory should be more than enough for most people. You can check out a hands-on video by Gigazine below:

You check out more information about the new Toshiba-Fujitsu IS12T by clicking on the following links (most are in Japanese):

(Thanks to Nanapho.jp for compiling these links!)