As the Smartphone Turns: players jockey for positions around the Elephants In the Room 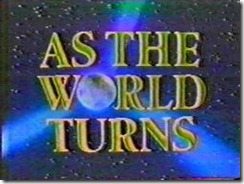 As we enter the Mango era, possibly the first make or break test of Microsoft’s latest foray into the smartphone market, things couldn’t be set up better for a challenger to make a move into the space.  Microsoft, while it hasn’t captured market share, has caught the eye of developers, roped in Nokia to put pressure on the hardware manufacturers and push Windows Phone into new markets, come up with an enticing set of feature enhancements to what may be the most usable of all smartphone operating systems, and landed itself right in the middle of perhaps the most volatile technology market in quite some time.

The entrenched leader, Apple’s iPhone, is a juggernaut, let’s not kid ourselves.  Last week’s resignation of Apple CEO Steve Jobs isn’t going to slow down the market’s love affair with Apple and the iPhone, and even in a worse case scenario where Jobs’ successors aren’t able to continue the magic, it will be a number of years before the current roadmap comes to an end.  Apple is around, dominantly, for the foreseeable future.

Google’s Android, while it looks to be overtaking Apple, is on far shakier ground in the near term.  Concerns about Google’s lack of patent protection for Android, especially when it comes to OEMs and developers, are beginning to give Google’s partners pause.  Apple is currently suing hardware manufacturers using Android on a couple of fronts, as is Microsoft, and if Google loses some of these key cases, may cause manufacturers to look elsewhere.

But again, Google has made strong use of their advantages in “mind share”, much like Apple, converting positive connections with consumers into sales.  Google and Apple, for the moment, are firmly entrenched at the top, and all the churning at the bottom (Microsoft, RIM, Samsung, etc.) is just that, churning at the bottom.

Still, if there were a good time for Microsoft to make a move in the smartphone market, the stars are as aligned as they’re ever going to be: an innovative platform with a strong new release with Mango, the introduction of a powerful (albeit struggling at the moment) new partner in Nokia, questions about the legalities of Android, and iPhone without its charismatic leader.  Get out the popcorn, this is going to be fun to watch.