Inside Facebook is reporting today that although games have traditionally held the top spots on Facebook in terms of monthly active users, a new class of applications, those integrating Facebook and large tech and/or media companies, such as Bing and Windows Live Messenger, are on the rise. 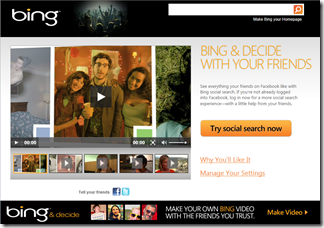 By daily active users, Messenger handily beats top social game CityVille to the number one spot, with 18.1 million people. Yahoo is in third place with 11.8 million and Bing is in tenth with 4.28 million. Other companies with large Facebook numbers on our list include TripAdvisor, Yelp and VEVO for Artists.

Inside Facebook notes that understanding the effects of these types of integrations can be complicated:

If nothing else, these numbers illustrate that large sites that integrate Facebook can get serious traffic. Depending on how the integration is done, Facebook could be driving new traffic by encouraging more users to bother signing up, and engaging existing users by making the products more valuable through the use of Facebook data. But if the integrations are done poorly, companies could just be encouraging more users to view Facebook as the center of the web (and the owner of their data), without more value being created. Or, users might simply sign in at some point with Facebook but get nothing out of it — resulting in big stats, but nothing substantive.

However, it’s clear that users are signing up both for Windows Live Messenger/Facebook chat integration, as well as the integration with Bing and Facebook, in large numbers.  How well these integrations serve both Facebook and the integrated properties remains to be seen, but at least lots of users are not only trying out but continuing to use the services, as Microsoft and Facebook continue their friendly relationship.