Getting some reports that a new Bing interface, much more than the home page update we reported on yesterday, is starting to surface.  The interface, looking to be quite touch friendly and similar if not the same as what Steven Sinofsky showed as part of a Windows 8 demo at the All Things D conference (D9), has been showing up, somewhat randomly for some.

LiveSide reader Quikboy spotted it with a somewhat random search result, but then it disappeared.  He was able to capture a screenshot: 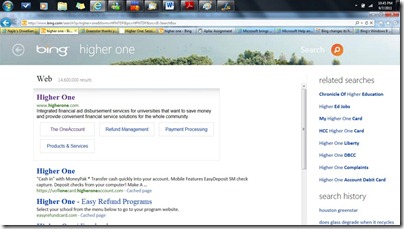 Then a bit later in the day, from Australia, Mackenzie Price was able to access the new UI. 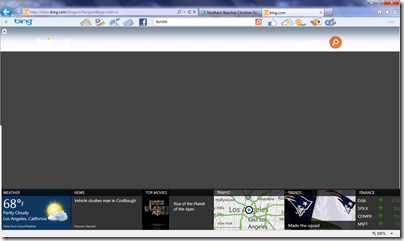 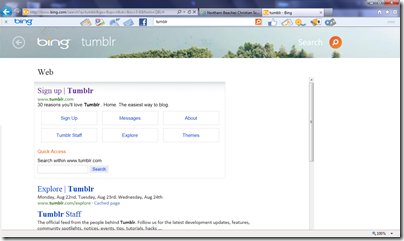 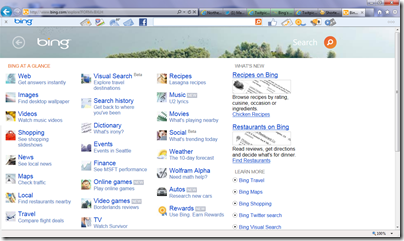 Apparently, although he’s seeing it, it’s not working too well:

Tom Warren, too, was able to get his hands on a version of the new-look Bing: 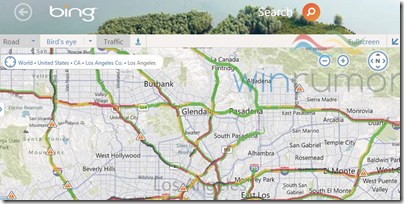 Whether or not Bing will move completely to this new UI, if it’s being tested in anticipation of next week’s Build conference, to be featured on those new Samsung tablets, or if it’s just another enticing but frustrating live test of something we may not see for a long long while, we’ll have to wait and see.  Hopefully we’ll know more by next week, when we head to Anaheim for Build.

Update: Tom from WinRumors just tweeted a link to the new UI, if you want to try it out for yourself: