Microsoft and mindshare: can Mango be cool in the mall? 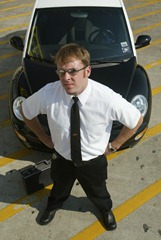 Lots of news around Microsoft’s latest update to Windows Phone today, as Mango was announced, and amazingly (with a little help from an undocumented “trick”), the update is flowing out, people are happy, and there’s even quite a little buzz around Mango.

We’re impressed and pleased that the “very small” core of current Windows Phone owners were treated well and that the issues surrounding the NoDo update seem to be cleaned up. Now we’re able to move beyond waiting for Mango, and can get to the business of seeing if Windows Phone stands a chance against the iPhone and Android.

As Todd Bishop notes in a blog post at GeekWire tonight, Windows Phone’s next challenge is in the retail stores.  An abundance of anecdotal evidence, including testimonials posted to the WPTattletale.com website, paint a rather depressing picture of what happens when you walk into a retail store and ask to buy a Windows Phone.  Over and over again, consumers have been steered immediately away towards either Android or iPhone.

Much of this had to do with lack of training and lack of support (if not direct negative pressure) from the retail operations, but it’s probably more simple than that.  You walk into a retail store in the mall and you’re greeted by an underpaid, new in the job market, high school educated, but technology savvy geek-in-training.

It’s important to these salespeople that they maintain their sense of cool – heck, they’re not making any money at this gig.  And so rather than have you return a phone, and think less of them in the process, they go with what they know.

Microsoft’s challenge (and it’s a challenge Microsoft faces across this brave new world of selling direct to consumers), is to give these poor geeks-in-training something to believe in.  This isn’t about upper level management meetings in some Best Buy boardroom, it’s about communicating directly with customers, on their terms.  Instead, what we hear from Microsoft is that “we’ll have answers when we’re ready to talk”.

For Microsoft to have any success in the direct to consumer market, they need to talk, not when they’re “ready”, but when the market is listening.  And if that young, impressionable, and impatient market continues to hear crickets, they’ll just continue to go somewhere else.

Microsoft made a bit of splash with Windows Phone, botched the NoDo update, and then went dead in the water until just today.  The retail market has heard next to nothing about Windows Phone all summer, and you better believe they’ll be hearing nothing but iPhone 5 from now until Christmas, that is, unless there’s continuous relentless pressure from Windows Phone.

Can Microsoft begin to turn around the mindshare of the retail mall?  Will Metro and live tiles make Microsoft cool again?  Let’s hope so, because if Windows Phone fails, it’s going to be a long hard road for Windows 8, that’s for sure.