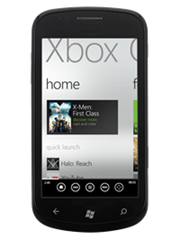 Lots of news around Xbox today, including news coming from a blog post on the Windows Phone blog that along with Xbox, Kinect, Bing, and a host of new entertainment providers, Windows Phone is joining the party with a soon to be released, and completely free (well except for the Xbox, Kinect, and Xbox Live part, of course) “Xbox Companion” app for Windows Phone.

The app will let you Find, Learn, and Control your Xbox entertainment experience, according to Ben Rudolf in the blog post:

I was lucky enough to get my hands on a beta copy of the app to try out with my Xbox and I have to say that it’s really impressive. Here’s an actual scenario I ran through with the app and my Xbox the other day:

Rudolf promises a full video review of the app, we’ll be watching for it!