Silverlight to power apps on the new Xbox 360 dashboard update 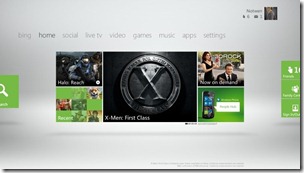 Microsoft announced its new Xbox 360 dashboard update during E3 2011, and announced nearly 40 TV and entertainment partners worldwide a few days ago which will be featured in the next Xbox LIVE update. An article from Gigaom today revealed that the apps from these partners, including those that lets you watch live TV on your Xbox 360, will be based on a modified version of Microsoft’s Silverlight development framework. Here’s an excerpt:

We’ve confirmed that the apps expected to be added with the next major update to Xbox Live will be based on Silverlight — at least to a point. The framework they’re being built on is codenamed “Lakeview”, which is essentially a prettied up version of Silverlight with new features like Xbox Kinect’s voice recognition and gesture control. Surprisingly enough, partners are not using Microsoft’s Smooth Streaming for video delivery, but have chosen to use H.264-encoded video with Apple’s HTTP Live Streaming (HLS) instead.

Source from Gigaom also revealed that Microsoft is targeting a Black Friday (November 25) release for the new Xbox 360 dashboard update. This date is somewhat close to previous rumors about a potential release on November 15. Either way, it seems like the new dashboard is coming to Xbox 360 owners in a little bit more than a month or so.

Update: Microsoft’s Andy Lees in an interview with Seattle Times confirmed that the new Xbox 360 dashboard update will be released in November 2011.