With Windows Phone 7.5 “Mango” update, Microsoft baked the best of Facebook directly into the OS, bringing features like Facebook Chat and Check-ins in addition to the integrated contact list, social feeds, photo albums and more.  You might argue that with all these features built-in, you won’t ever need a separate Facebook app. However, there are just some things that you can’t do with the built-in Facebook functionality (for example, I can’t tag my friends when I check-in to a location, see who’s liked my post, or even “like” a comment). This is when an actual official Facebook app will come in handy, for the occasional things that I can’t yet do with the built-in stuff.

However, the Facebook for Windows Phone app hasn’t really really been updated since it’s release a year ago, and not to mention that it doesn’t take advantage of all the “Mango” features that came with Windows Phone 7.5 update. Well according to Pocket-lint.com, Joe Belfiore, Corporate Vice President for Windows Phone Program Management, today confirmed at Nokia World that the “Mango”-fied version of the official Facebook app will be released to the Windows Phone Marketplace as soon as next Monday (October 31). 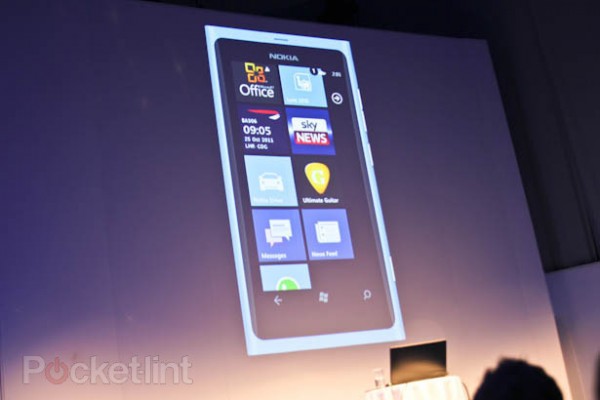 According to Joe Belfiore, the update will bring many new features to the Facebook app, here’s what Pocket-lint.com said:

Confirming the news at Nokia World in London, Belfiore told the crowd in attendance that users will be able to deep link into the app to allow shortcut tiles on the Windows Phone 7 homepage.

That means Messages and News Feeds on the Homepage of the phone. [seen in image above]

Not much else was given away, but apparently Belfiore did confirm that it will be a free update, and “works in addition to the embedded functionality the mobile operating system already offers with Facebook.”