First revealed during E3 in June 2011, Microsoft had been preparing the new Xbox 360 dashboard update for a while now. And just a few days ago, the company also announced that they will be launching a makeover of Xbox.com’s Social and Video portals, adding features like Beacons and Zune video marketplace to bring it consistent with the new dashboard update. Today, Microsoft has reportedly released the beta version of the new Xbox 360 dashboard update to its public testers, and at the same time, the update to Xbox.com is also now rolling out. 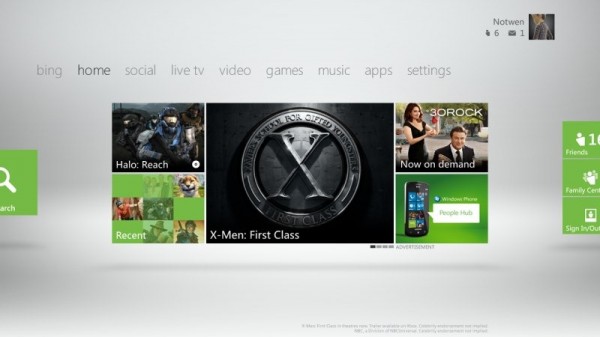 To recap, the new Xbox 360 dashboard update is said to bring the following new features:

Futhermore, with the announcements of new Xbox Live TV and Entertainment partners around the world, including Bravo, Comcast, and HBO GO in the US and BBC in the UK, the new dashboard is also expected to bring live TV service to users the Xbox 360 console. In addition, Microsoft will also be bringing YouTube onto the TV screen, and adding its Bing search service to the Xbox with Kinect voice control.

There are no words as to when the new dashboard update will be released to all users, however it is widely expected to occur sometime in November.