Official: Xbox 360 Fall 2011 dashboard update coming to all on December 6

It’s official this time, both The Verge and Kotaku reported that Microsoft has confirmed the release date of the upcoming Xbox 360 Fall 2011 dashboard update – December 6. According to The Verge, the launch will be a global launch and will be available to all Xbox 360 console owners. 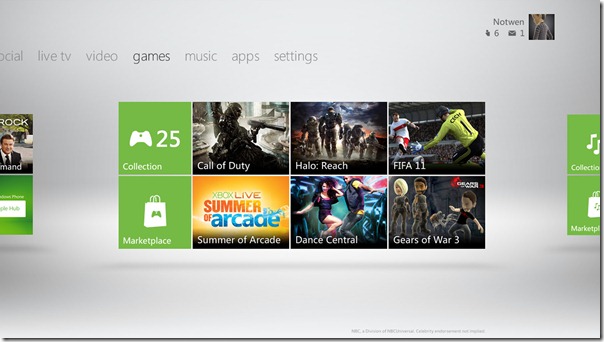 Microsoft recently distributed a preview version of the dashboard update to its beta testers on just two weeks ago, as well as rolled out the new Xbox.com update. The update brought users full Kinect voice and gesture controls, beacons, Facebook Sharing, cloud game save storage and roaming profiles. Starting December 6, new entertainment options such as Xbox LIVE TV and movies and music streaming via new partners will also be available to selected markets, depending on the availability of the partner’s services in various regions:

The assurance from the company is that "a wealth of new content" will be forthcoming, with options expanding further as we move through the holiday months.

This means that there’s only two weeks left until we can all get our hands on the new Xbox 360 dashboard update.