Lenovo confirms plans for Windows Phones in second half of 2012

Back in October, President of Microsoft’s Windows Phone division Andy Lees mentioned that new OEMs will be coming on-board with Windows Phone in 2012. Shortly after we saw leaks of a Lenovo-branded smartphone running the Windows Phone OS, suggesting that Microsoft may be in talks with Lenovo to launch devices in the Chinese market.

Today Chinese website iMobile (via WMPU) got the chance to interview Lenovo’s LePhone Product Manager Yue Chen, shortly after the company has launched the Android-based LePhone S2. During the interview, Chen confirmed that the previously leaked images of a Windows Phone-based LePhone S2 (shown below) were indeed real. Below is an excerpt from the interview: 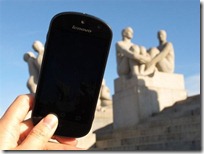 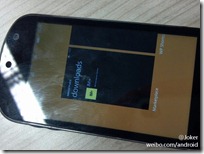 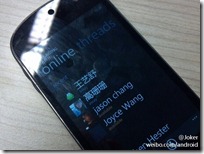 When asked about the previously leaked images of a LePhone S2 device running Windows Phone, Chen confirmed that the images were in fact real.

“We are indeed currently considering a Windows Phone-based LePhone product, and we already have a clear release schedule – it will be released during the second half of 2012,” Chen told the reporters.

While the leaked images showed a LePhone S2 running Windows Phone OS, there is no guarantee that this device will ever be sold to the public (it’s probably just a prototype). Lenovo just showed off its fourth device in the LePhone series – the LePhone K2 – an Android device with a 4.3” display and 1.5 Ghz dual-core ship, so who knows what the company will have in store in 7 month’s time.