Can Microsoft take over the living room with Xbox, Kinect, and Bing? 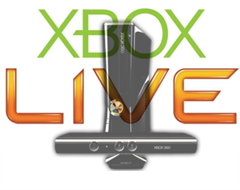 On Tuesday, Microsoft will begin to roll out the next version of the Xbox experience, featuring a new dashboard that combines your living room TV with the Xbox 360.  With voice and motion control powered by Kinect, and search powered by Bing, Microsoft hopes to begin a takeover of the living room and the family TV, one of the “3 screens” that along with a cloud are set to take us into the future of consumer software and engineering.

We’ve told you about the new dashboard before, and news is all over the web today as Microsoft has issued a press release on the upcoming free upgrade, so we’ll spare you the details.  Instead, let’s take a bit of  a look at what this announcement means, and could mean, to the future of the living room.

Of course, as it is with a mobile industry controlled not by Microsoft (or even Google or Apple) but by mobile operators and device manufacturers, the living room is powered by content providers: networks, cable companies, and content creators hold most of the cards, which is why today’s announcements are all about partnerships with the likes of ESPN, Hulu, the BBC, Netflix, and YouTube. 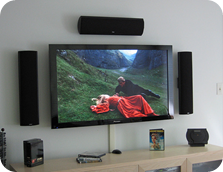 Microsoft isn’t getting into the television making business, nor is it venturing into content creation (well for the time being, anyway, and not counting MSNBC and NineMSN).  What it is planning on doing is placing the Xbox squarely in between the TV and all that content, making it easier, more intuitive, and well, just a lot more fun to get to the content you already have available on your TV.  But the Xbox is a lot more than a cool way to control your TV, it brings not only hard-core but casual gaming to the living room, mixes in social elements through Xbox Live, and could soon turn your living room into a communications center with Skype.

By doing so, Microsoft hopes to not only make TV viewing a better experience, but sell the power of Xbox (that is, high end gaming and/or subscription casual gaming, content that Microsoft does have a lot of interest and experience in with Xbox Live) to millions more than take advantage of an Xbox connected television now.  It’s starting this week with some 50 or more partners bringing their subscription TV services under Xbox/Kinect/Bing control, and that list should be expected to grow.

Significantly, with Xbox, Kinect, and these content provider partnerships, Microsoft could actually be taking the lead in the move to the living room.  Google and Apple are hard on their heels, but Google TV up until now has been a joke, at least as far as a controller experience (Google however is moving strongly into providing content through YouTube).  Apple TV has yet to make much of a dent either, although the late Steve Jobs talked to his biographer Walter Isaacson about “cracking” the problem of how to manage TV controls (which Isaacson and others speculate has a lot to do with Siri, Apple’s voice recognition software product).  With Kinect and Bing, Microsoft may have “cracked” the TV controller code already.

And we doubt that Microsoft is quite done yet, either.  While there has been lots of speculation about a new Xbox gaming console (the proverbial “720”), what we want to see, and for next holiday season, is a next gen living room Xbox.  Powered by Bing and (perhaps a built in?) Kinect, a set top Xbox TV controller could be a big seller next year, without having to replace your existing flat screen TV, and building on today’s announcements.  There’s a fanatic market out there for the latest shoot-em-up games (as evidenced by the sales of Modern Warfare 3) but the audience for a Live TV/casual game subscription/media controller could be far and away greater.  Of course squeezing another year out of the Xbox 360 for gamers before unleashing an ultra-high end gamer box in 2013 could make an interim Xbox profitable as well as popular.  Wishful thinking?