More info (and some speculation) on the “Microsoft Live” rebranding

What if you rebranded your services and nobody knew?  Isn’t the point of a brand to, you know, get people focused on your products?  Kind of hard to do that when we don’t even know what the brand is, and have to dig around to find out.

Yesterday we pointed out that the Windows Live Messenger app on Facebook has been renamed, to “Microsoft Live”.  Now we’re being reminded that the apparent rebranding goes much further than that, to Hotmail and SkyDrive at least, and possibly beyond.

On the Microsoft News Center site, under “Windows Live” you can download official logos for Windows Live Products, including “Microsoft SkyDrive” and “Microsoft Hotmail”:

Meanwhile, Messenger seems to either have been left behind, or the rebrand isn’t complete, or there just haven’t been enough management meetings at Microsoft to get around to changing the name.  Here’s the logo from the same News Center source:

Of course there’s lots of speculation about what actually will become of Messenger, as it could be the odd man out once Skype becomes more fully integrated into Microsoft’s properties.  For the record, the Skype logo, at this point, is still just Skype, and not “Microsoft Skype” on News Center: 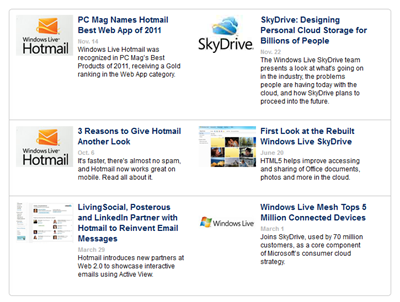 OK, so on to some speculation.  As much as the rebranding merry-go-round is getting a little old (and if you’ve been following Windows Live and LiveSide over the years, you know what we mean), pulling Hotmail and SkyDrive out of “Windows Live” and having them stand on their own brands *might* make some sense, as Hotmail has always been a strong brand, and SkyDrive is used not only with Windows, but Windows Phone (uh oh, now where does THAT name fit in if we’re in a rebranding binge?), Office, and all across Microsoft.

And of course there’s another whole part of Windows Live, and that’s Windows Live Essentials.  In fact, Microsoft some months back moved Essentials into Windows org itself, while keeping Hotmail, SkyDrive, and Messenger in their own separate (umm, Windows Live) org.  So could we be seeing “Windows Live Photo Gallery” still, while storing photos in “Microsoft SkyDrive”?

As with the “all things will be revealed at Build” mantra from this past summer, we expect that Microsoft is (hopefully) planning a big rebranding reveal in conjunction with Windows 8.  OK, we get that, but why start changing names and logos willy nilly now?