Can you build a better Messenger? Live Connect moves towards open standards 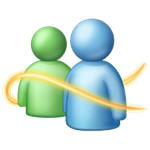 Today on the Inside Windows Live blog, Dare Obasanjo lays out the current Microsoft story for open standards support on the Live Connect Platform, and highlighting Messenger’s publicly available access via XMPP.  In Dare’s words:

This means that anyone can build innovative messaging clients—either stand-alone or built into their devices—that include access to Messenger’s 300 million active users.

Dare then goes on to go through some of the intricacies of Messenger’s implementation of XMPP, and sums up at the end:

Given that it’s the end of the year, I thought it would be informative to take stock of how what we’ve done so far to enable you to choose the device you want while continuing to enjoy our services. With this announcement, we now have universally available protocols for accessing all our major services. There’s OAuth 2.0 for Live ID, a REST API for SkyDrive, Exchange Active Sync for Hotmail, and XMPP for Messenger.

As we go into the new year, rest assured that we have more ways we plan to delight developers and our customers as we further our vision of enabling users to choose the services and the devices they want without compromise.

Opening up Messenger has been major request from developers for years, and being able to extend Messenger functionality into applications and specific uses could be very helpful, as well as helping to promote Messenger and Live ID authentication.  Of course, not being developers ourselves, we’re a little more interested in hearing how Microsoft plans on building a better Messenger FOR US, but hopefully moving to these more open standards will allow them to do just that.