So, just what IS the problem with Windows Phone? 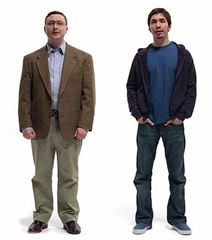 Kindel seems to be implying that Microsoft has taken the road less travelled, choosing to fight it out with the carriers and OEMs while championing the cause of the end user, with good will seemingly winning out in the end:

I would like to believe that at the end of the day the superior end to end experience for the end user matters more than anything.

A number of other tech bloggers have chimed in (on this admittedly slow news day) to offer up their own reasons for Microsoft’s problems with Windows Phone.  Surur from WMPowerUser.com thinks users just want a cheap iPhone knock off, and then MG Siegler chimed in to point out the glaringly obvious, that Microsoft’s problems boiled down to just three words, “way too late”:

But Apple could also afford to do this because they were first to market. When the iPhone launched in 2007, the other smartphones on the market were shit. There was no actual competition for the iPhone. The first Android phones that launched over a year later were a joke.

Contrast that with Windows Phone which launched far too late into the market. Kindel never mentions it, but you simply can’t downplay that fact. Had Windows Phone launched in 2007 or even 2008, the story would have been different. Instead, it launched in late 2010.

Yes, Apple was first, and the iPhone filled a smartphone void, but it also capitalized on years of carefully crafted “Mac vs. PC” ads that endeared Apple to the end user.  Google too has positioned itself as a friendly, fun, and unassuming little company, drawing on the intimate relationship between user and the simple search box.  They’re “safe”, as Robert Scoble explains in another post replying to Kindel.  Being perceived as “cool”, matters, and Microsoft just isn’t cool.  Scoble goes on:

One thing I learned working the counter at several Silicon Valley consumer electronics stores is that there’s only one thing people really care about when it comes to buying things:

Of all the things that consumers care about, we believe that Scoble has nailed their biggest motivator and their biggest fear.  While he goes on to argue that it’s the apps that are drawing consumers to Android and iPhone (and we’re not disputing that here), it’s even more basic than that.  Microsoft could have ALL the apps, but if consumers don’t feel connected, if their friends don’t think they’re cool by showing off a Windows Phone, it’s not going to matter.

Being three years late to the smartphone party isn’t cool (nor is being late, after sputtering for years, to tablets).  Years of sputtering with the Windows Live brand haven’t helped, either, and there doesn’t seem to be much hope that Microsoft will turn that brand around (in fact, there’s some evidence that it may be prepared to drop it altogether), and we won’t even mention Bing’s inability to make a dent in Google’s market dominance, even after years of pouring money into search.

It starts at the top.  Having what’s perceived as a bumbling fool as CEO sets the tone, but at least he has a personality, unlike the group of bland technocrats that are under him, more worried about secrecy than in including consumers in their plans.

In order for Microsoft to turn Windows Phone around, it has to start by turning Microsoft around.  It needs to really embrace becoming a consumer company, to worry less about profit and loss line items, and in “saving” the Windows and Office franchises, and more about creating value for consumers in a way that makes them think they’re aligning with the best company in the world.