With the new Windows Store about to debut as part of Windows 8 Consumer Preview, Microsoft has launched a new billing portal named Microsoft Your Account, replacing the old http://billing.microsoft.com, which will allow you to view at once all of your purchases, payments, subscriptions and accounts from various Microsoft services including Hotmail, Office, Zune, Xbox 360, Windows Phone, and of course the upcoming Windows 8. Check out the screenshot below: 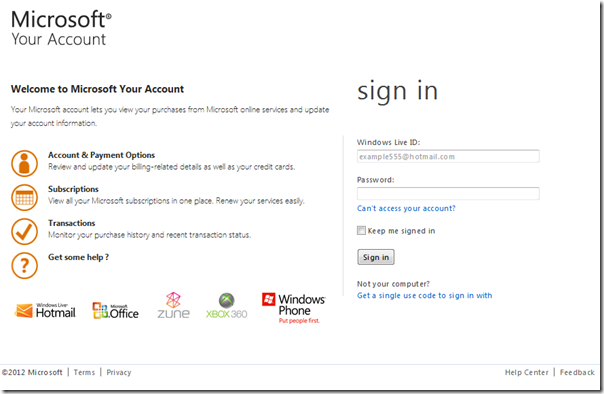 According to Microsoft, the site is still current under construction and that some features "are not completely migrated”. In addition, it appears that references to Microsoft Points is still available on the site, despite previous rumors that it is going away.

You can visit the new portal now by going to http://account.microsoft.com