Last Tuesday, February 21, is UNESCO’s International Mother Language Day, and on this date Microsoft detailed the upcoming language improvements in Windows 8, and announced 14 additional display languages to be supported in the new operating system. Well it appears that the next version of its online counterpart, Windows Live, will also significantly increase the number of languages supported. 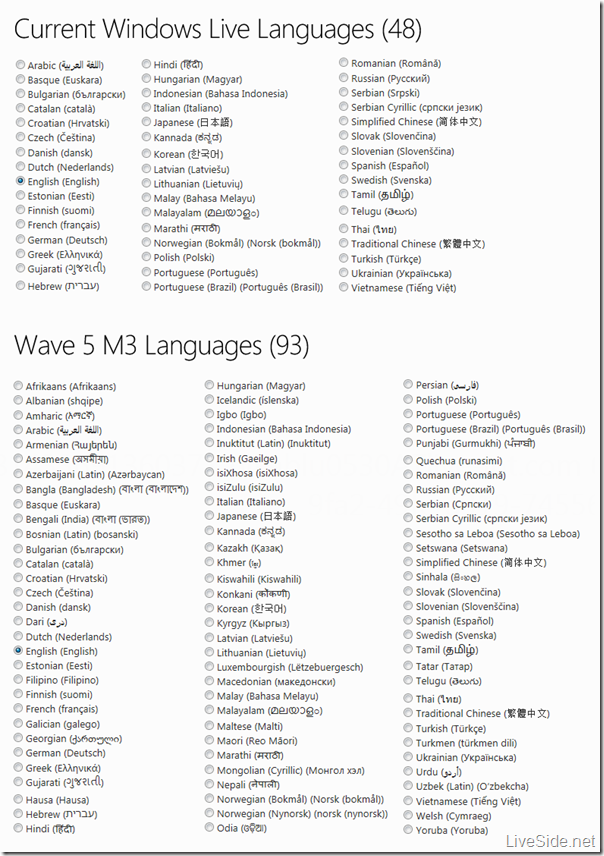 We’ve previously reported that the upcoming Windows Phone update, codenamed “Tango”, is set to support over 120 languages. Given the close relationship between Windows Phone, Windows 8 and Windows Live, it certainly makes sense to expand the number of supported languages and markets for Windows Live too.