The cloud storage race – what can SkyDrive improve on?

Last week had been a busy week in the consumer cloud storage space. First we had Microsoft significantly upgrading their SkyDrive service, adding paid storage plans and desktop sync apps. Then we had Google launching their Google Drive service. We’ve even seen Dropbox joining in and adding the Camera Upload feature and giving users additional free space for their photos. Technology blogs had been busy comparing the various services, and we have to say SkyDrive wins hands down in areas of pricing, free storage space provided, Microsoft Office document support, and remote file access. However, we all know that SkyDrive’s competitors aren’t going to sit still and let them take a lead, and there’s also many rooms for improvement for SkyDrive. In this post we’ll start the conversation on what we think SkyDrive could improve on in their next update, which we hope Microsoft could listen to and implement in their next update. Here’s the top 3 from our list:

Ability to choose what to sync 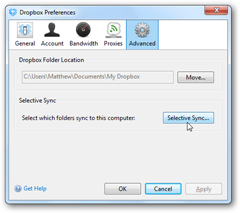 One of the top criticism and request we’ve seen is SkyDrive desktop app’s lack of the ability for users to choose which folder to sync. If you haven’t tried it out already, the new SkyDrive desktop app will sync your entire SkyDrive files and folders onto your PC or Mac. This might not be a problem for those who only has a few documents and pictures on their SkyDrive, but for power users (which Microsoft is catering for by supporting up to 125 GB of storage), syncing the entire 125 GB worth of files to your PC is an utter waste of bandwidth and storage space, particularly if you’re trying to sync on Windows-based tablets today with limited SSD storage.

Interestingly, Microsoft’s own Windows Live Mesh supported the ability to choose which folders to sync to their desktop. Whilst Microsoft explained that they wanted to simplify the synchronisation model, this shouldn’t come at a cost to consumers who simply wanted to choose what they’d like to sync. SkyDrive’s competitors like Google Drive and Dropbox provides the functionality to allow users to pick which folders to sync to their desktop, so why can’t SkyDrive do the same?

Sync files shared with you 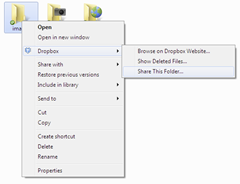 Another key suggestion we’ve seen is to enable the SkyDrive desktop app to sync files that are shared with you. On SkyDrive.com, clicking on the “Shared” allows you to quickly across all those files and folders your friends had specifically shared with you. Unfortunately, these files aren’t synced to your computer, making collaboration between your friends not as seamless as it should be (yes, whilst you can still collaborate using Microsoft Office 2010, what if I want to collaborate on a Photoshop image?).

Microsoft’s own Windows Live Mesh also supported the ability to sync shared folders with your contacts (up to 10 users). Similarly, Dropbox also supports the ability to share folders with other people, but interestingly, to prevent users from creating multiple accounts to increase their total storage space, Dropbox’s policy is that all folders shared with you counts towards your storage limit. We believe that is something Microsoft should start exploring with SkyDrive too. In fact, Microsoft’s own Mike Torres, Group Program Manager for SkyDrive apps, responded with the following when asked about syncing shared folders:

“Right now the SkyDrive experience on the desktop is for your stuff and not shared stuff. It’s a great feature request though, thanks.”

“Shared content and the ability to sync a subset of folders are definitely top requests – thanks!”

Whilst SkyDrive’s Office Web Apps supports editing and collaborating on Microsoft Office documents and ODF files (and recently adding PDF viewing support), as well as a great photo viewing experience, the service’s support for other files types isn’t as feature-rich. One of the biggest selling points for Google Drive is its support for a wide range of file types via its web viewer, including previews for Adobe Photoshop, Illustrator, and AutoCAD files, the ability to play videos directly online, as well as being able to search text within images. We think this is an area SkyDrive could definitely improve on, particularly with support for video and audio files. In fact, Paul Thurrott on Winsupersite.com recently hinted the following:

There are still a few missing pieces to the SkyDrive puzzle, but I suspect they will be implemented by the time Windows 8 and Windows Phone 8 ship this fall. Key among them is native support for different file types. With the arrival of the SkyDrive app, we can now very easily sync music files with the cloud, in addition to Office documents and photos. But the service doesn’t understand these types of files yet. And if you try and customize a SkyDrive-based folder for a content type, you’ll see that Documents and Photos are still the only types available. That’s going to change.

So here’s our top 3 feature requests to Microsoft. What are some of the features you’d like to see in the upcoming versions of SkyDrive, both for the desktop apps and SkyDrive.com? Let us know in the comments below!