Those who had been using Microsoft Word for their daily word processing tasks knows that ever since Office 2010 the software included the ability to save Word documents as PDF format (and an official plug-in is available for Office 2007 too). However, this had always been a one-way street, as you cannot go the other way and try to edit or open the PDF file in Word without the use of third-party software. LiveSide recently learnt that this is set to change with Word 2013, and you will be able to directly open and edit PDF content in Microsoft Word. This is how it will work, according to exclusive information we received:

With Word 2013, you can convert a PDF document into a Word document and edit the content.

To convert a PDF, you open it like you would any other document.

The converted document might not have a perfect page to page correspondence with the original. The conversion works best with mostly textual documents.

In addition, according to Paul Thurrott, Microsoft is also adding PDF viewing capability to Word 2013, providing a “stunning new reading experience for both traditional Word documents and PDFs that reflows text in a columnar view automatically." Check out the screenshot below, courtesy of WinSupersite: 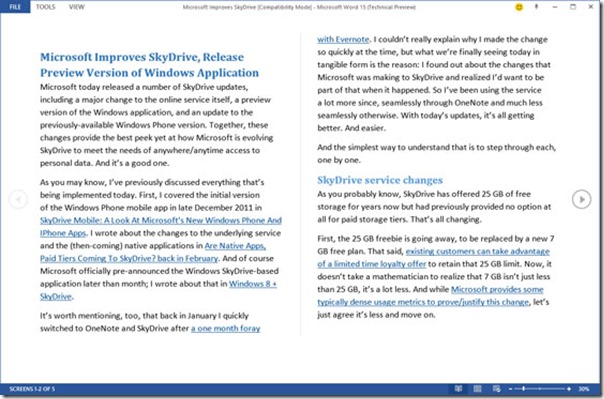 You can even bookmark a spot and come back to the same spot when you re-open the document: 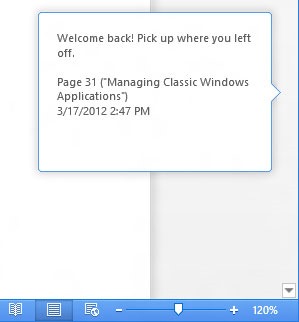 According to Dutch-based website Bouweenpc.nl (via Neowin), Microsoft has completed the first public beta build of Office 2013 and that it should be released for public download sometime next week. Of course, nothing has been officially confirmed by Microsoft, but it was officially said that the public beta will be coming sometime this summer. June had been an exciting month for Microsoft, and it seems like the only missing piece left is their Office productivity suite. Expect to hear more about Office 2013 soon, and stay tuned at LiveSide!