Windows Phone 7.8–more to come than just a Start Screen?

After months of speculation, Microsoft finally confirmed last week what many had suspected: current Windows Phones, even those running “Mango”, won’t be upgradeable to Windows Phone 8, which has specific hardware requirements (NFC, dual core CPUs, etc.) not found on “older” Windows Phones.

What Microsoft did promise, at its Windows Phone Developer Summit in San Francisco, was that the new Start Screen, with a new smaller tile size and a 4 across layout would be made available to these older phones, included in a Windows Phone 7.8 upgrade: 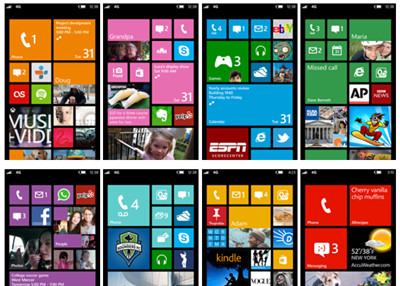 In a blog post detailing the Windows Phone 8 announcements coming out of the Summit, Microsoft only promised the Start Screen:

The new Start screen is so useful and emblematic of what Windows Phone is about that we want everybody to enjoy it. So we’ll be delivering it to existing phones as a software update sometime after Window Phone 8 is released. Let me repeat: If you currently own a Windows Phone 7.5 handset, Microsoft is planning to release an update with the new Windows Phone 8 Start screen. We’re calling it “Windows Phone 7.8.”

Some of you have been wondering, “Will we also get Windows Phone 8 as an update?” The answer, unfortunately, is no.

Windows Phone 8 is a generation shift in technology, which means that it will not run on existing hardware. BUT we care deeply about our existing customers and want to keep their phones fresh, so we’re providing the new Start screen in this new update.

But is that all there is?  Microsoft didn’t announce anything more, at least not yet, but we still have some time between now and “sometime after Windows 8 launches”.  And remember, Microsoft was clear that the announcements at the Windows Phone Summit were developer features, and that there were more announcements to come.

At a reviewer’s workshop before the Summit, Microsoft officials were specifically asked if the new Start Screen was the only feature of 7.8.  Paul Thurrott wrote about the workshop, and in the latest Windows Weekly, he’s even more clear about what he heard, saying (at about 40:00 of Windows Weekly 267):

Look I was in a room with 20 journalists, we asked them very specifically is this all there is, and they said ‘yeah.. it’s 3 things:  the new Start Screen, the Tile capabilities, and the over the air update’.  That’s it.

And yet, hints keep filtering out that there will be more to 7.8 than just the Start Screen.  At Tech Ed Europe, in a talk on Windows Phone game development when asked if Windows Phone 7.8 would get more features, Senior Product Manager for Windows Phone Larry Lieberman said, as quoted by WMPowerUser:

“Maybe. We haven’t announced it yet.  All we’ve announced is the new Start screen at this point. Sorry, nothing new to announce. You’re asking me stuff I can’t answer.”

And then in what appears to be an even clearer indication that there just might be more to Windows Phone 7.8 than just the Start Screen (also reported by WMPowerUser), another Windows Phone Senior Product Manager, Ben Lower, tweeted (in answer to a tweet asking for “wallet and Skype integration as a customer and Speech APIs for my translate app as a developer)”:

(By the way, you can check out more on”Project Hawaii”, a set of cloud resources for Windows Phone including “path prediction”, a translator service, OCR and speech-to-text, and more, at Microsoft Research.)