For those who doesn’t know, the Remote Device Access tool allows developers to connect to a set of Nokia devices from within a browser window, aimed to allow them to test their application codes on real devices without actually owning one. Given that all these devices are sitting somewhere in Nokia’s lab, developers are able to use the Bluetooth functions of these phones to detect the presence of other phones in close proximity, and this is exactly how the Nokia Lumia 910 and 1001 were discovered, as shown in the screenshots below: 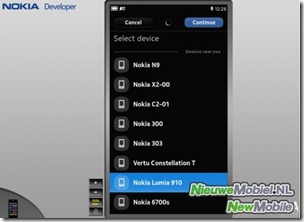 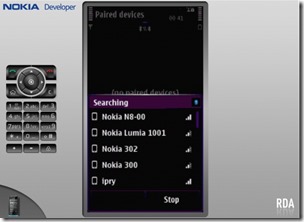 Other than the device names, nothing else is known about these devices yet. WPCentral is speculating that the Lumia 910 is a variant of the Lumia 900 destined for T-Mobile, meaning it could be a Windows Phone 7.x device rather than Windows Phone 8. Rumors of this device name was circulating back in January this year, with a Dutch website listing the Lumia 910 with a 12-megapixels camera, however this was quickly refuted by Nokia soon after.

For the Nokia Lumia 1001, given Nokia’s naming convention, this could well be a high-end phone loaded with Windows Phone 8. However, it could also be possible that some Nokia engineers are playing around with device names in the labs. We’ve previously heard about Nokia Phi device being tested and loaded with Windows Phone 8, and there were also leaks about a Lumia device with PureView technology. Earlier in the year we’ve also heard about codenames such as the Nokia “Prodigy” and Nokia “AC/DC” Windows Phone 8 devices in the works. Could the Lumia 1001 be the final name for one of these devices? We hope to hear more during the annual Nokia World event on September 5. Stay tuned!