Today at noon PDT, Microsoft is webcasting "news from Microsoft", and while they’re not saying anything more than that Steve Ballmer will be there, it is widely expected that we’ll be able to be getting our hands on "Office 15", or Office 2013, soon.

The latest word is that the full version of Office 2013, which, while it won’t be a full on Metro style application, has undergone a Metro makeover.  Microsoft has said that the Office 15 Preview would be available "this summer", and a number of indications, including a new support page for Office on Microsoft.com shows more to come soon for Office 15:

And it looks like confirmations are trickling in that the event is indeed about Office (as if we didn’t know that already).  A Chinese website, ifanr.com, has posted a photo, apparently from the venue in San Francisco, to their Weibo (Chinese Twitter) account: 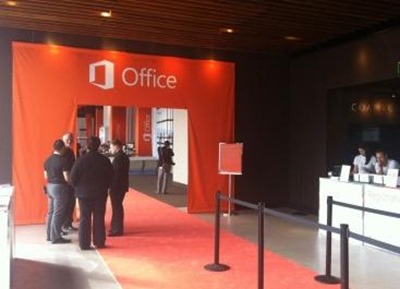 We’ll be watching the webcast, and you can too, in 9 different languages:

Are you excited about Office 15?