Windows Phone 8 consumer features to be unveiled at Nokia World on September 5?

WPDang also reports that Nokia will also be unveiling two Windows Phone 8 devices during the event. Unfortunately, the website was unable to confirm whether either of these two initial launch devices will come equipped with PureView technology.

Quite a few Nokia Windows Phone 8 devices have surfaced recently around the web. The Nokia Lumia 910 and 1001 popped up last month on Nokia’s RDA tool, although device names could easily be changed, so we’re unsure how reliable these device names are. However, two other Nokia Windows Phone device names showed up recently. The first came from Sina Weibo user SnackStudio who managed to find mentioned of a device called Nokia Lumia 920, as shown in the screenshot below: 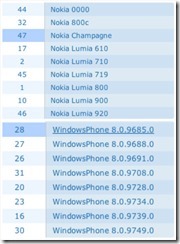 Further, HowardForums also managed to spot a device with a codename of Nokia Burr on WPBench, running a recent Windows Phone 8 build 8.0.9743. Unfortunately, no performance stats were available for for this device, so besides the name we were unable to find any details about the Nokia Burr. Check out the screenshot of WPBench below: 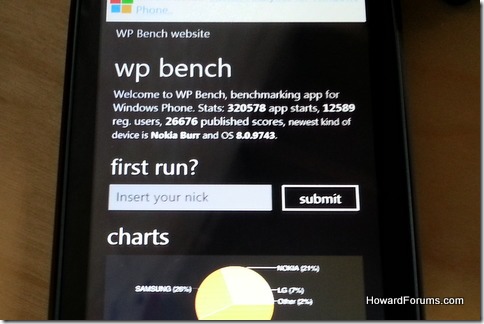 Other rumored devices include the Nokia Phi, as well as the Nokia “Prodigy” and Nokia “AC/DC”. Hints came out last week during a Nokia earnings announcement call that the company may get Windows Phone 8 earlier than other launch partners, including Samsung, HTC, and Huawei. So the September 5 timeframe for an announcement of new WP8 devices sounds quite plausible. Another event, the Nokia World – Collaboration Day, to be held on September 25, might also shed further light on Microsoft’s latest Windows Phone 8 operating system.

With a little more than a month to go, we’re certainly excited for what’s to come for Windows Phone 8 and Nokia.