An interesting court document came out via the Apple vs Samsung trial today, which revealed two new potential Windows Phone 8 devices coming from the South Korean manufacturer Samsung. The two devices, according to the court documents, are codenamed the Samsung “Odyssey” and Samsung “Marco”, as shown below in an image provided by The Verge: 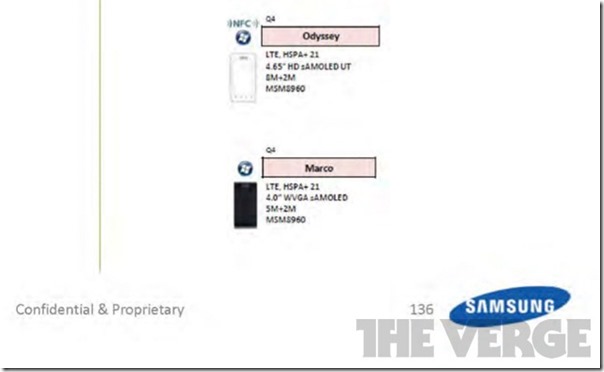 According to the court documents, below are some of the specifications we know about the two devices:

Both devices are said to be made available in Q4 2012, which is in line with Samsung being one of the initial launch partners for Windows Phone 8. How do you like these two next generation Windows Phone 8 devices? Will you be interested in getting one? Let us know in the comments below!