Along with the release of Outlook.com and the new People website, the Microsoft Service Status page, now located at http://status.live.com, also got a Metro-style facelift yesterday. Check it out below: 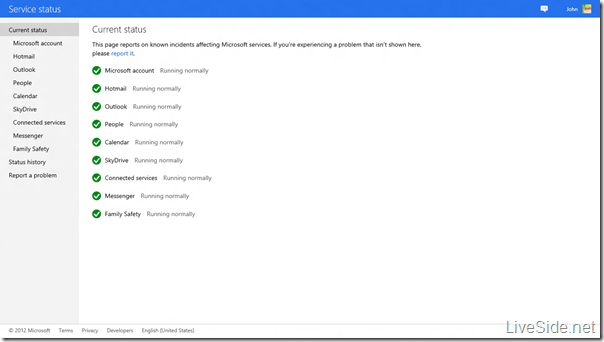 What’s interesting about the update is that the new page gives us an idea of what Microsoft services (seems like this is how they refer to the formerly Windows Live services collectively now) are now considered in scope in the Wave 5 update. If we compare the list of services above against what we saw in November last year, we would’ve seen quite a few differences:

What do you think about Microsoft’s strategy in refocusing and realigning their former Windows Live services? Do you think they’re on the right track? Let us know in the comments below.