Those Windows Phone 8 features revealed at the Nokia event

Nokia showed off two impressive Lumia phones, Lumia 920 and Lumia 820, at the press event in New York. However, we just can not forget the OS which powers these two Lumia phones: Windows Phone 8. As part of the event, Microsoft’s Joe Belfiore was on stage and revealed some of the new Windows Phone 8 features. 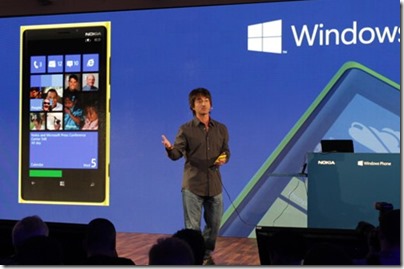 In the beginning of his demo, Joe Belfiore showed the new Start Screen and People hub of WP8. Microsoft already gave us a good look of the new start screen which featuring a new smaller size of Live Tiles at Windows Phone Summit on June. According to the liveblogging from The Verge, some other new features include: 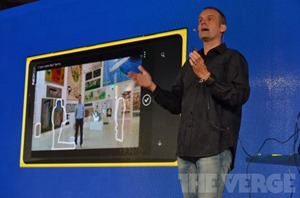 At the event, several other different lens apps were also be demonstrated  – Blink Lens app, developed by Microsoft Research who also showed some similar technologies at TechFest 2010. Smart Shoot, which can analyze moving objects and allow you to tap and remove them, is similar to the Photo Fuse feature within Photo Gallery. And the Cinemagraph Lens app allows you to add motion to your still photos. Again, we have seen similar tech called Cliplets from MSR.

Microsoft has not yet showed off all the new features in Windows Phone 8, but as Joe Belfiore said “we’re saving that for a later date”. We are expecting a separate WP8 launch event in late October. (Photo credits by The Verge)