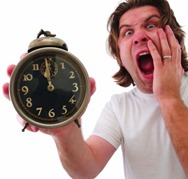 Today, in the shadow of iPhone 5 day, where Apple unveiled the new iPhone 5 with lots of fanfare and almost no surprises, Microsoft pushed ahead with a few announcements of its own.  The biggest of these was the launch of Visual Studio 2012, and in conjunction access to (for select, published developers of Windows Phone apps) the Windows Phone 8 SDK.  In a blog post on the Windows Phone Developers blog, Todd Brix, a Senior Director on the  Windows Phone Apps team, attempted to explain why the SDK still isn’t widely available:

I know that many of you want to know why we simply don’t publically release the full SDK now. The reason is that not all Windows Phone 8 features have been announced and our SDK includes comprehensive emulators that allow developers to test apps against a wide range of Windows Phone features. We recognize that this is a different approach to delivering tools than we’ve taken in the past. Our goal is to generate as much Windows Phone 8 excitement as possible to attract new customers when phones go on sale. This is one of many steps we’re taking to help give you what you (and we) want most.

Of course, and as Peter Bright from Ars Technica (@DrPizza) posts in the comments, “There is no universe in which this makes sense”.

Microsoft took pains prior to the launch of both Windows Phone 7 and the Windows Phone “Mango” update to get developers on board early, so that those new customers would have apps for their phones.  New features without apps that make use of them simply aren’t of much, if any, use, and a new Windows Phone Store full of new Windows Phone 8 apps is worth far more to Microsoft and its partners than the buzz generated by some magician-like revelation of a new feature or two.

In a post yesterday on The Verge, Tom Warren reports that “(Microsoft) has not yet finished the windows Phone 8 software”, that “(d)elays and bugs during testing have pushed back the launch, and associated devices, by weeks”, and that Microsoft had originally planned to launch Windows Phone 8 in early October, ahead of the launch of Windows 8, but that the company is now targeting an October 29th launch.

So why not release the SDK early, as is customary and as Windows Phone did for WP7 and Mango, even if the launch is delayed a bit?  We simply can’t buy that Microsoft is holding out on announcing features just to generate buzz.  If the features are ready, now is the time to announce them.  Giving the iPhone 5 a month-long head start makes absolutely no sense, and there isn’t a CES or E3 coming up where you would want to wait to make a big splash.  In fact, Microsoft is going to have to create an event at the end of October to announce Windows Phone 8, finally.

Unless the software is unfinished, or if it’s buggy, there just isn’t a reason why everyone doesn’t have the SDK today.  Nokia, Samsung, and the other OEMs are chomping at the bit to ship their phones.  They’re ready, but they’re waiting on Microsoft.

Steve Ballmer has been fond of saying that Microsoft will ship “when (the software) is ready”, but clearly Microsoft MUST ship in time for this holiday season (meaning the first of November at the latest) if it expects to survive in the mobile marketplace.  A missed holiday season would probably be the death of Nokia, if not Windows Phone itself.  Missing the 2006 holiday season with a delayed Windows Vista launch caused all kinds of havoc at Microsoft and in the Microsoft partner ecosystem, including the ouster of Jim Allchin and the promotion of Steven Sinofsky, who above all else “makes the trains run on time”.

It’s notable here that Windows Phone isn’t entirely under Sinofsky’s control, at least not yet.  The Windows Phone Division still operates separately from Windows, and has its roots in Entertainment and Devices, where Zune, Metro, and Windows Phone were born.  So Microsoft (and we’re speculating here, again) had to not only rebuild an entire mobile operating system, but do it across two divisions.  A difficult task, and so it’s not surprising that they’re taking it right down to the wire, but they’ve already missed opportunities.

Microsoft has taken on a monumental task by choosing to use a single OS kernal across mobile, tablet, desktop, and gaming devices as it is doing with the Windows 8 / Windows Phone 8, and soon the Xbox “720” ecosystem.  The benefits to such a system could be widespread, as eventually a single underlying OS could run across a family of devices, quite possibly all running the same apps and management system.

They’ve taken a bold step, to be sure, but if they can’t pull it off, or if the software ships buggy, it could be a colossal mistake.  And if we’re all wrong, and Windows Phone 8 IS ready, and Microsoft is, as they imply, just waiting for an opportune moment to reveal some top secret new feature?  Well it better be one helluva feature, that’s for sure.