Xbox Music to get free streaming and scan-and-match locker service? 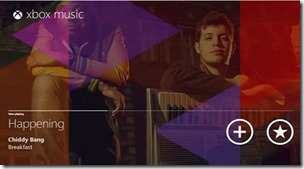 During E3 2012 in June this year, Microsoft announced the Xbox Music service, which is set to replace Zune. Since then, we haven’t heard much official news about the new service, with the exception that Microsoft is slowly winding down the Zune brand and closing some features of the Zune Music service last month.

Today, a rumor surfaced from NeoGAF forums where according to an alleged distributor, Xbox Music is set to get some exciting new features to go head-to-head with competing services like iTunes or Spotify. Below is an excerpt:

The time has come… Microsoft is winding down its Zune brand and turning a new leaf as Xbox Music. This global relaunch represents Microsoft’s move to make the games console the entertainment hub of the home, similar to what Sony Playstation did with their Music Unlimited service. The revamped service will offer free-to-user advertising-funded streaming, a single tier dual subscription streaming service, a scan-and-match locker service and ALC downloads.

We’ll take this news with a pinch of salt, but previous rumors of the service do seem to line up with today’s rumor, where the services is described as “Spotify-like” and will feature a “scan and match” function similar to iTunes Match.

It will be interesting what Microsoft has in store for its Xbox Music service. Said to be coming “this fall” during its initial announcement, let’s hope it won’t be long until we hear more news about it. Stay tuned!