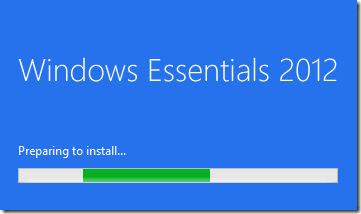 Microsoft released Windows Essentials 2012 back in August this year, bringing updates to Windows Photo Gallery and Windows Movie Maker, as well as replacing Windows Live Mesh with the SkyDrive application into the software package. However, no changes were made to other applications such as Messenger, Mail (desktop), or Writer.

Unfortunately, no change logs are available for this minor update, and we were not able to observe any noticeable changes. We believe this is one of the QFE updates which brings several bug fixes and performance improvements to the applications, and the timing of the release may relate to the upcoming Windows 8 launch in which Microsoft has planned a series of updates to its “built-in” Windows Store apps in preparation for this launch.

You can download the newer build by clicking here. If you notice any changes in this newer build, please let us know leaving us a comment below.

Update: We managed to find a post on the new Microsoft Community (previously Microsoft Answers) detailing the changes for Movie Maker in the new “October update”:

In the October update of Movie Maker, the following changes have been made: