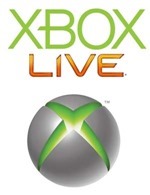 Now, according to a post on the Xbox Forums by an Xbox Live Ambassador, Microsoft is for the first time allowing Xbox Live members to migrate accounts.  It’s not a simple process, requiring a wait of up to 6 weeks in which time the account is unavailable, but saving all those achievements may be worth the wait.

You have chosen to migrate your Xbox LIVE account to a new country. You should be aware that certain Xbox LIVE content, features and functions may vary depending on your location, due to licensing limitations provided by specific providers. In order to proceed, you must confirm that you have been informed of and fully understand the consequences of the migration of your Xbox Live account:
Microsoft reminds you that the migration of your Xbox Live account will have the following consequences:
Some of the services and content that you are currently benefiting from in the country originally registered may not also be available in the country you are willing to migrate to.
All of your current subscriptions, except for Xbox Live Gold if you had any, will be cancelled.
You may lose the ability to re-download some, if not all, of the content in your download history.
Any content that you will subsequently download after the account is migrated will be subject to any applicable geofencing rules of your new location.
Note on Geofencing: If you bought something in the country you originally registered in that wasn’t geofenced, it could be that it will be if bought again, in your new location. These geofencing constraints depend on the license to distribute that Microsoft was granted by the content providers.
Please note that the migration process can take up to 6 weeks. During this time your account will not be available. No refunds will be given for any content that is lost during the migration.

In addition, the switch must be made to one of the Xbox Live supported countries/regions.

While it seems like a lot of hoops to jump through, at least it’s a start, and hopefully the process will get better over time.  As Microsoft continues to expand on the Xbox Live experience, and opens it up to a much broader audience with Windows 8 integration, and as users place more and more value on their Xbox Live achievements, a better migration policy has become a necessity.  Anyone out there feel the pain of not being able to make a country switch?