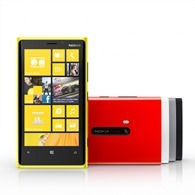 Last week AT&T announced in a bit of a surprise that they would be the exclusive providers for the Nokia 920.  Since then, we’ve seen a flurry of announcements about other Windows Phones coming to other carriers with slightly different model numbers, including the Nokia 810 coming to T-Mobile and rumors of a Nokia 822 coming to Verizon, but as yet we haven’t heard anything definitive about a Nokia 920 variant coming to carriers other than AT&T.

That is until a set of tweets by “@NokiaPureView” surfaced in the past few hours with some admittedly unfounded but interesting rumors about a “thinner and lighter” version of the 920 coming not only to Verizon, but to T-Mobile as well as the Nokia 910, by then end of the year or possibly at CES 2013.

One of the writers behind the @NokiaPureView account (there are apparently two), claims to have had hands on time with the “9xx”, but “we can’t take photos because elop didn’t want it”.  There are a few other tidbits tweeted by @NokiaPureView,  hinting at a polycarbonate matte finish, at least black and white and “maybe red because its verizon logos” colors, wireless charging and PureView.

Of course, as with all rumors, and maybe especially Twitter based ones, we have to take this all for what it’s worth, but everything about the rumors makes sense: the AT&T exclusive being somewhat shortlived, a 920 variant coming to both Verizon and T-Mobile, a further evolution making the 920 “thinner and lighter”, and timing to hit by the new year.

(Via WPCentral, in turn via PhoneArena)