Earlier today we reported an image leak of a display panel component for the alleged Huawei Ascend W1 Windows Phone 8 device. Only a few hours later, photos of the actual device has leaked to the web via Sina Weibo user @zh_en, showing the device in its full glory. Check out the photos below: 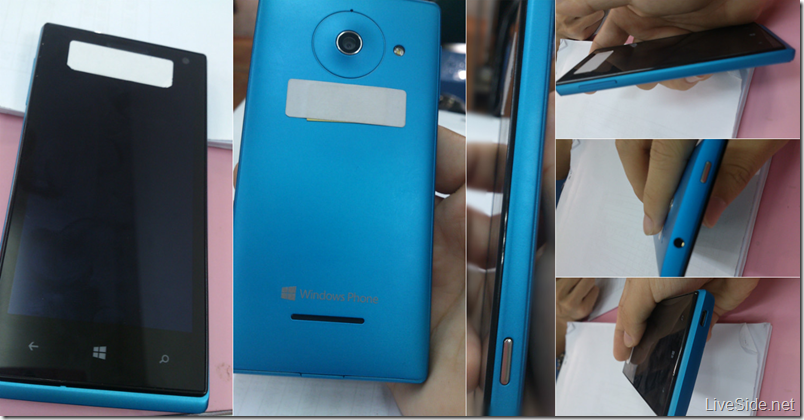 Specifications for the device were also leaked for the first time for the device, confirming previous speculation that this is a low-end Windows Phone 8 device. Below are the alleged specifications according to the Sina Weibo user:

The device is also said to come in a variety of color options, similar to Nokia and HTC’s Windows Phone 8 lineup. Besides the cyan version above, previous rumors also points to a black, white and pink variations. It is speculated that the device will cost around 2000 RMB (approximately USD$317), and will be available in Europe, China and North America before the holidays.

What do you think above the device? Do you like the look of it? Let us know in the comments below!