Last month, Microsoft finally broke silence and announced that a preview version of Internet Explorer 10 for Windows 7 will be coming in mid-November. It appears that tomorrow will be the day when Microsoft releases the latest IE10 browser for Windows 7 users. According to Chinese technology blog iFanr, who attended an IE10 media press event in Beijing earlier this afternoon, noted that Roger Capriotti, Director of Product Marketing for Internet Explorer, had announced that the preview version of the browser will be released for download tomorrow. 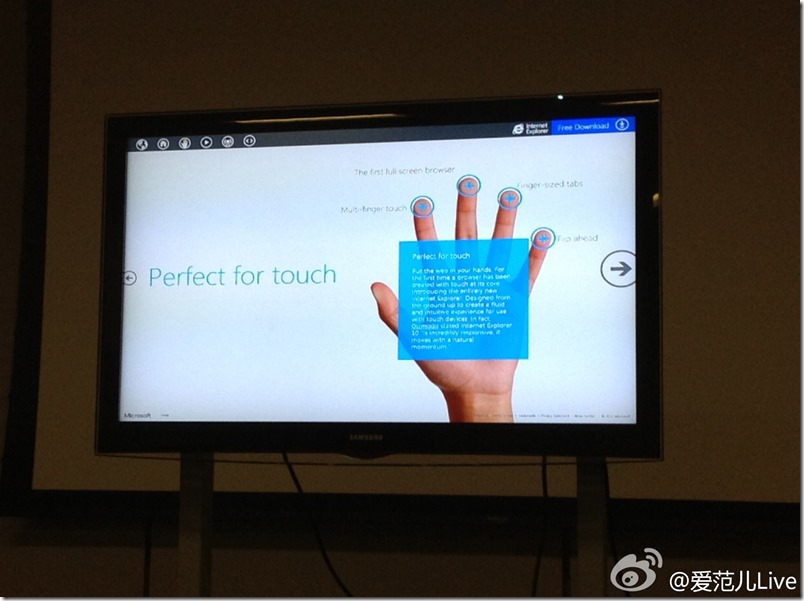 According to Microsoft, Internet Explorer 10 for Windows 7 will bring “improved real-world site performance and additional standards support that Web developers have been asking for.” The release dates of the final version of IE10 for Windows 7 has not yet been announced.

(Thanks to LiveSino.net for the heads up!)