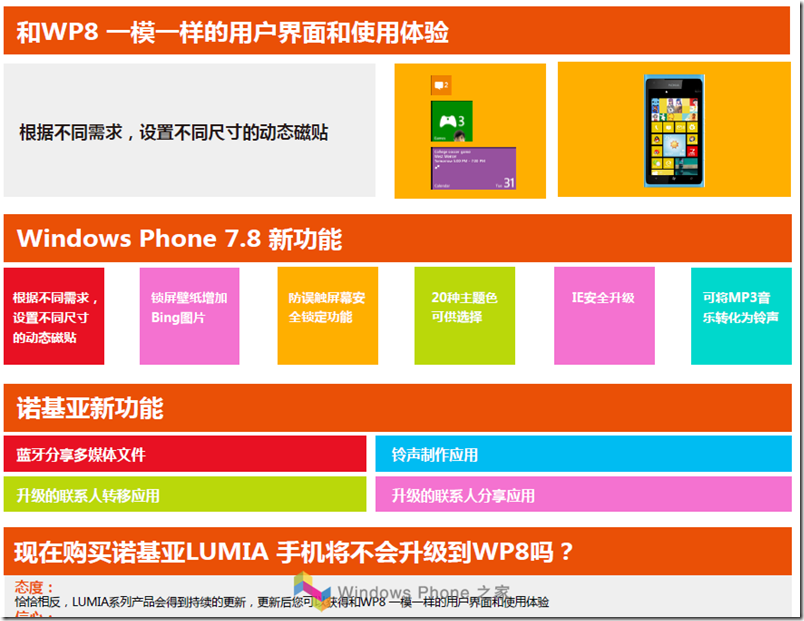 According to the slide, Windows Phone 7.8 is supposed to bring the following new features to existing phones:

From the listing above, it appears the update won’t bring too many new features found in Windows Phone 8 to existing devices, although there may be additional APIs (such as the Live Apps which allow developers to update user’s wallpapers from their apps) that are not detailed in the slides. Interestingly, Nokia is training its sales staff to market Windows Phone 7.8 as “having the same user interface and experience as Windows Phone 8”, and existing Lumia products will continue to receive updates from Nokia.

Of course, like other updates for existing Windows Phone 7.x devices, the update’s availability will probably be subject to different release schedules from OEM and carriers.